Harry P. Dolan is a 32-year police veteran who served as a Chief of Police since 1987. As one of the nation's most experienced police chiefs, he brings 25 years of public safety executive experience to Dolan Consulting Group. He retired in October 2012 as Chief of Police of the Raleigh (N.C.) Police Department, an agency comprised of nearly 900 employees in America's 42nd largest city.

Harry Dolan has lectured throughout the United States and has trained thousands of public safety professionals in the fields of Leadership & Management, Communications Skills, and Community Policing. Past participants have consistently described Chief Dolan's presentations as career changing, characterized by his sense of humor and unique ability to maintain participants' interest throughout his training sessions. Chief Dolan's demonstrated ability to connect with his clientele and deliver insightful instruction all with uncompromising principles will be of tremendous value in the private sector.

Chief Dolan's unbridled passion to achieve service-excellence is a driving force behind Dolan Consulting Group. He is a graduate of Western Carolina University and holds a Master's Degree in Organizational Leadership and Management from the University of North Carolina at Pembroke.

Matt Dolan is a licensed attorney in the State of Illinois, who specializes in training and advising public safety agencies in matters of legal liability. His training focuses on helping agency leaders create sound policies and procedures as a proactive means of minimizing their exposure to costly liability.

Matt received his Bachelor’s Degree in Political Science from DePaul University and his J.D. from Loyola University Chicago School of Law.

A member of a law enforcement family dating back three generations, he serves as both Director and Public Safety Instructor with Dolan Consulting Group. He has trained and advised thousands of public safety professionals throughout the United States in matters of legal liability. 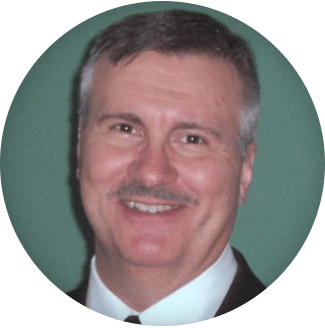 Keenan Dolan is a full-time employee of Dolan Consulting Group, specializing in law enforcement training coordination and managing online training. He received his Bachelor’s Degree in Business Management with an emphasis in Leadership from Davenport University (Grand Rapids, MI).